TIME IS MONEY: Insured’s Late Notice Of An Insurance Claim Causes Forfeiture Of Coverage Even Though Insurer Suffers No Prejudice 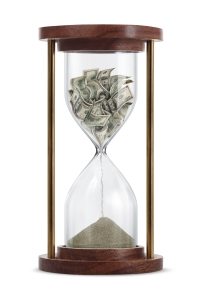 The failure to give timely notice continues to unnecessarily plague insureds and others seeking coverage under insurance policies. In an unsurprising move, the New Jersey Supreme Court affirmed prior holdings allowing insurers to disclaim coverage under a“claims made” policy for late notice even though the insurer suffers no prejudice as a result of the late notice. Templo Fuente De Vida Corp., et al. v. National Union Fire Insurance Co., (A-18-14) (074572) (NJ, February 11, 2016). In this case, the insured’s six month delay in providing notice under “claims made” Directors & Officers (“D&O”) Policy resulted in a complete forfeiture of coverage. While proceeding slowly and deliberately may be a virtue in some contexts, it is not advisable when notifying insurers of claims.

In reaching its holding the Court affirmed prior holdings in which it distinguished between “claims made” and “occurrence” policies. Under an “occurrence” policy, “it is the ‘occurrence’ of the peril that is insured, and so long as that peril occurred during the life of the policy, coverage attaches.” In contrast, under a “‘claims made’ policy, it is the making of the claim which is the event and peril being insured and, subject to policy language, regardless of when the occurrence took place.’” Accordingly, the Court had determined previously that while insurers must show that they were prejudiced by late notice of a claim under an “occurrence” policy, no showing of prejudice is required under a “claims made” policy.

Faced with this adverse precedent governing “claims made” policies, the plaintiffs (the insured had assigned its rights under the “claims made” policy to the underlying plaintiffs) argued that insurers were relieved of proving prejudice from late notice only where the claim was made after the expiration of the policy period. Rather than address that argument directly, the Court focused on the sophistication of the policyholder: “We have historically approached ‘claims made’ and ‘occurrence’ policies differently due in large part to the differences between the policyholders themselves.” The Court reasoned that in the “vast majority” of “occurrence” policies, the policyholders are “unsophisticated consumers unaware of all of the policy’s requirements.” In contrast, under “claims made” policies, “insurers are ‘dealing with a more sophisticated clientele, [who] are much better able to deal with the insurers on an equal footing[.]’” (quotation omitted).

Because the insured in the case before it was sophisticated, the Court held that the insured’s failure to give timely notice constituted a breach of its “claims made” D&O policy which, in turn, permitted the insurer to disclaim coverage without demonstrating prejudice: “our jurisprudence has never afforded a sophisticated insured the right to deviate from the clear terms of a ‘claims made’ policy.”